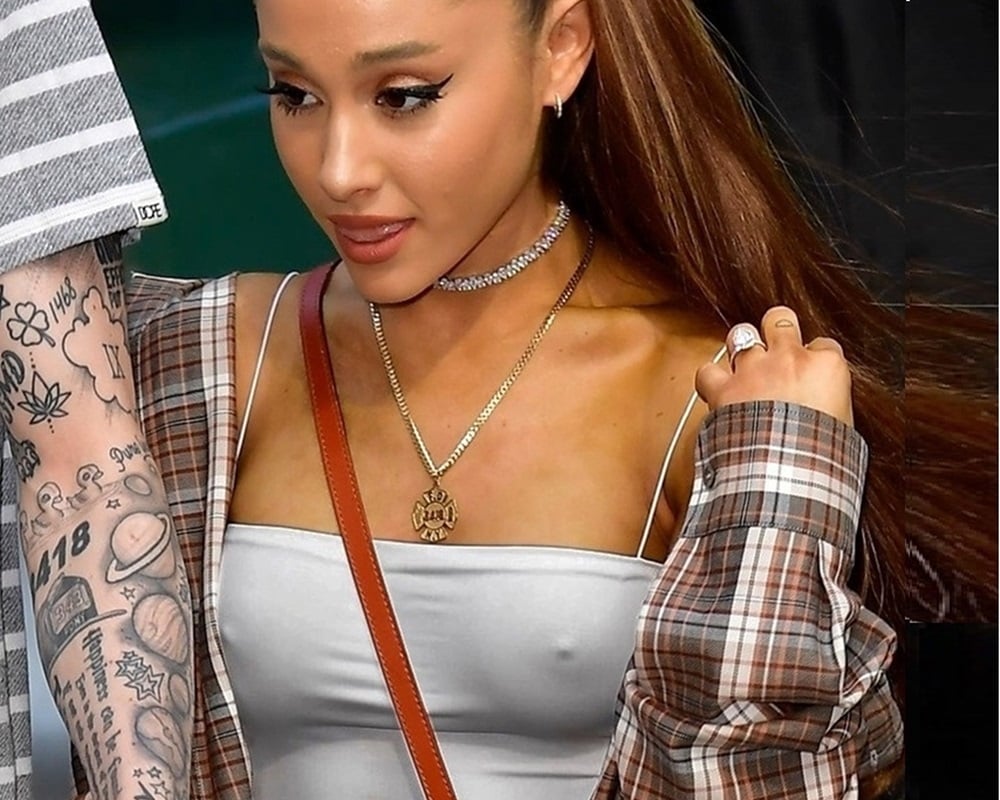 Pop star Ariana Grande hits the town with her rock hard nipple pokies on full display while braless in a see through top in the photos below.

Of course it is not at all surprising to see Ariana’s tit toppers so erect when she is out and about, for compared to her fugly fish-faced fiance the average male on the streets must look like an Adonis like Brad Pitt… or Osama Bin Laden to her.