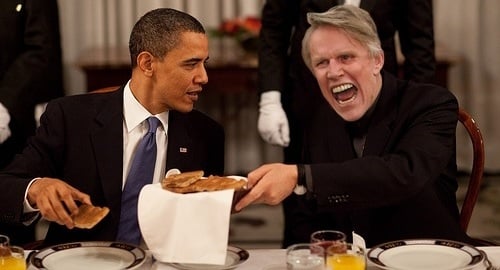 After just 2 short years in office Barack Obama is already the greatest President the world has ever known. He promised to stop America’s imperialistic wars, and then brilliantly followed up on his promise by continuing and expanding them. He promised to give universal health care to all Americans, and he delivered and some by craftily paying for it without touching Americas brown people killing fund aka “the defense budget” and instead required pretty much every American to just pay for it their damn selves.

If all that was not enough Obama was also instrumental in getting the immensely popular banker bailout passed without which Goldman Sachs would never have been able to meet their executive bonus obligations. I shudder to imagine the collective guilt Americans would have felt if that nightmare would of been allowed to happen, especially since as Obama explained at the time, it was all the people’s fault for selfishly getting mortgages to buy homes.

I know what you are probably wondering, how has Obama been able to be so awesome? Is he the super Jesus the Bible foretold about? Maybe. Is he a robot built from the parts of all the great leaders of the past and recycled helicopters? Perhaps. Is he an alien who landed on this planet and received super decision making powers from the earth’s sun? Definitely not because that would mean he is not eligible to be President. I think the most logical explanation of Obama’s extremely awesome awesomeness is that he surrounds himself with only the best people.

As these exclusive behind the scenes White House photos show, it has been Gary Busey who Obama has relied upon throughout his Presidency. Let us hope that this dynamic duo of Obama and Busey keeps delivering in the next 2 years, so Americans can get their desperately needed war with Iran and expanded domestic spying program through the Patriot Act. Because someone has to keep an eye on all those unemployed people.