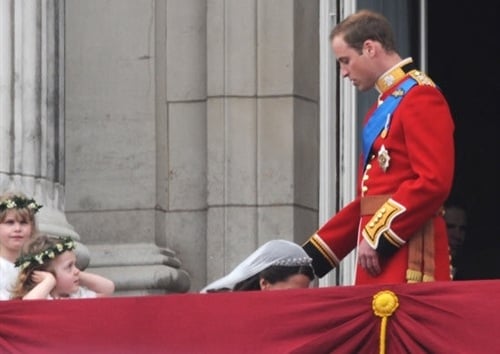 Kate Middleton wasted no time in dropping to her knees and polishing off her new husband’s royal jewels.

Traditionally the newly wed royal couple is supposed to appear on the balcony at Buckingham Palace and share a kiss in front of the crowd of well-wishers, but Kate and William aren’t your traditional royal couple.

If this is how the future King and Queen are going to behave then clearly it is just a matter of time before Islam with our moral superiority will conquer all of Great Britain. Allahu Akbar!