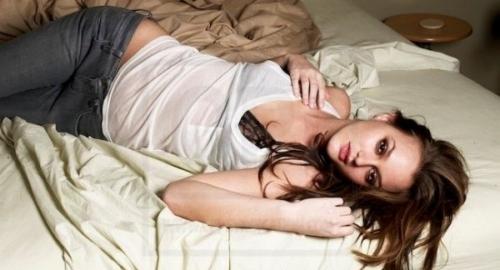 Leighton Meester is the star of the CW show “Gossip Girl”, but if you are like me then you probably know her as the girl who was supposed to have a sex tape leak like 4 months ago.

What the hell has happened to this country, that all of a sudden celebrities can get their sex tapes blocked from the public? You know what country didn’t have any celebrity sex tapes? Nazi Germany! Think about that!

I thought this was the “land of the free”, but it seems the only freedom “the man” is interested in protecting are celebrity’s freedom to film a sex tape, and not our God (Allah) given right to pleasure ourselves to said sex tape furiously in the dark.

Anyway here are some pics of the oppressor Leighton Meester showing her bra in Rolling Stone magazine. I’d rather watch her getting railed, but I guess this will have to do for now.